In April the UK based businessman/preacher pledged US$1 million towards the fight against the coronavirus by aiming to feed vulnerable families during the lockdown.

On Sunday the Mayor of Harare praised Angel for leading the way saying;

“Prophet Angel started doing this well before the pandemic and has continuously given us food, helped us according to 1 Corinthians Chapter 13. God speaks about love and charity and I’m grateful that Prophet Angel is doing that. You can actually see the hand of God through his works.

“He has so far donated food to so many constituencies around Harare. And I can tell you that the Prophet is leading and as Mayor I have also seen others following in his footsteps.”

Turning to presenter Tich Mataz who was covering the handover, Mayor Gomba told him; “We have the old being fed, the young being able to have access to food. Send a clear message to the Prophet that people are happy and that they are very grateful in the works that he is doing here.”

Last Sunday the opposition MDC Alliance MP for Hatfield, Tapiwa Mashakada, again praised Angel for leading the way in food relief donations “even before lockdown”. The remarks came another week after the preacher got similar praise from Zanu PF’s Tongai Mnangagwa in Harare South.

Mashakada, a former Minister of Economic Planning and Investment Promotion in the coalition government of 2009-2013 praised the philanthropic efforts of the Uebert Angel Foundation.

“I would like to thank Prophet Uebert Angel for this philanthropic gift to the people and community of Hatfield. We know that the Prophet has pioneered this programme of donating food to the needy even before the start of the lockdown period and today we in Hatfield have become beneficiaries.”

Norton’s independent MP Temba Mliswa was at a loss for words after Prophet Angel’s foundation donated over 1000 bags of mealie meal to help feed vulnerable members of his community affected by the countrywide lockdown necessitated by the spread of the coronavirus.

In January this year Prophet Angel paid fees for the entire school – for the whole year at Kadyamadare Primary School in the Chikwaka Communal Lands (797 students.)

His foundation followed this up in February when they did the same for 1026 students at Bota Primary School in Masvingo, paying their school fees including levies – for the whole year.

According to a video posted by the church, the Mbare distribution is their 13th outing. 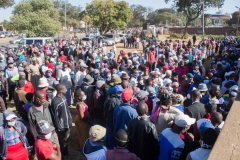 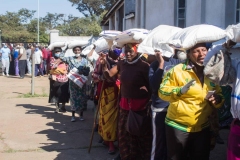 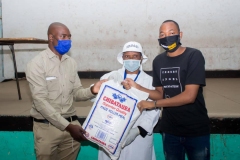 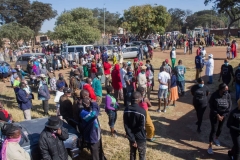 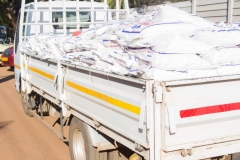 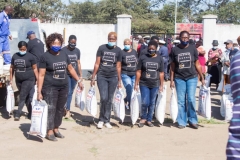 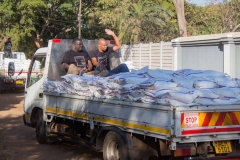 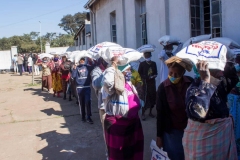 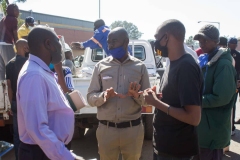 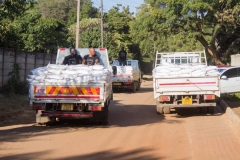 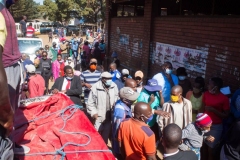 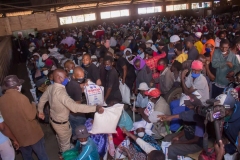 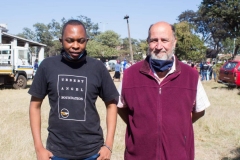 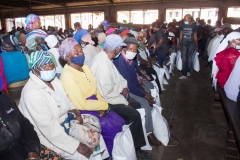 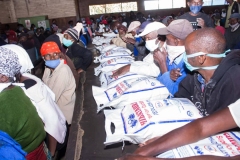 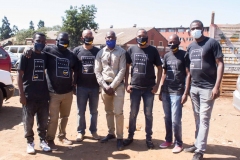 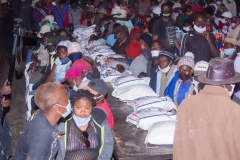 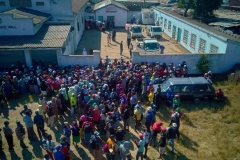 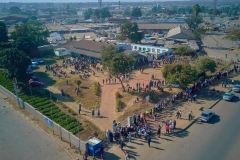 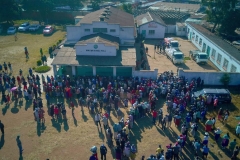 Mphoko docket completed, to be handed over to NPA

State claims Mandiwanzira application based on a repealed Act

“There is nothing wrong naming Byo shopping mall after ED”

Takudzwa Changadeya - June 6, 2020 0
Harare-MDC Alliance Vice Presidents Tendai Biti and Lynette Karenyi-Kore, and other party members who were arrested on Friday for criminal nuisance were not arraigned...

Takudzwa Changadeya - June 6, 2020 0
Harare-Basketball legend Michael Jordan and the Jordan Brand have pledged to give US $100 million to any organisation committed to combating racial inequality and...

Takudzwa Changadeya - June 6, 2020 0
Harare-The MDC Alliance deputy national spokesperson of the youth assembly has been admitted after being assaulted by police officers on Friday, Pindula News reveals. In...

Takudzwa Changadeya - June 6, 2020 0
Harare-Solemnisation of marriages can now be conducted but in line with the lockdown regulations so as to lower the risk of spreading the prevailing...

Condom Use Drops Dramatically In Zvishavane During Lockdown

Malcom Makoni - June 4, 2020 0
Condom Use Drops Dramatically In Zvishavane During Lockdown Zvishavane - According to a National Aids Council official, condom use has dropped drastically in Zvishavane during...
Mail & Telegraph

Harare-MDC Alliance Vice Presidents Tendai Biti and Lynette Karenyi-Kore, and other party members who were arrested on Friday for criminal nuisance were not arraigned...
Read more
World News

Harare-Basketball legend Michael Jordan and the Jordan Brand have pledged to give US $100 million to any organisation committed to combating racial inequality and...
Read more
This website uses cookies to improve your experience. We'll assume you're ok with this, but you can opt-out if you wish. Cookie settingsACCEPT
Privacy & Cookies Policy

Any cookies that may not be particularly necessary for the website to function and is used specifically to collect user personal data via analytics, ads, other embedded contents are termed as non-necessary cookies. It is mandatory to procure user consent prior to running these cookies on your website.